The most important person in a parent’s life is his or her child. If the child suffers, so do the parents. During childhood, pathological conditions sometimes develop rapidly, endangering the very life of the baby. Procrastination in seeking diagnosis and treatment is often met with severe consequences.

Pediatrics in the USA has experienced significant research and innovation over the last 30 years. American pediatricians have improved hematological and oncological treatment procedures, made breakthroughs in pediatric organ transplant surgeries, and revolutionized pediatric autism therapies. The goal of Texas Medical Center pediatricians is the diagnosis, treatment, and rehabilitation of their small patients.

MHMG TMC Pediatrics is a large specialized medical center which diagnoses and treats children from newborn through adolescence. Teams of highly qualified and experienced pediatricians carry out disease prevention procedures (examinations, vaccinations) and treatments. The Center has a pediatric intensive care unit. 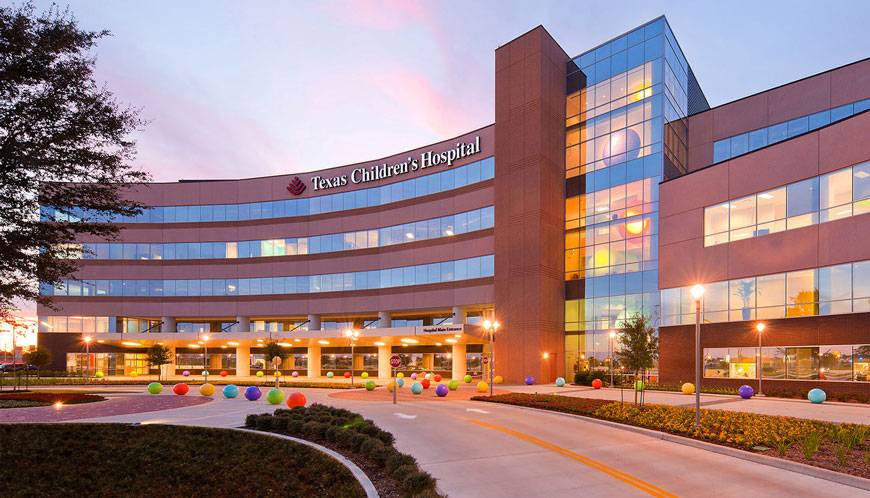 Since its opening in 1954, Texas Children's Hospital has done everything possible to preserve and restore children’s health. The hospital ranks as one of the top five of almost 200 medical institutions for children in the US. Texas Children's Hospital’s success and trustworthiness can be seen in its 2016 figures: 115,000 pediatric patients were admitted and more than 25,000 operations were performed. The first treatment to control epilepsy and uncontrolled seizures via laser application was performed at TCH.

The hospital is known globally for its research and treatments in the field of pediatric cardiology, cardio surgery, and cancer treatments (including blood cancer). TCH also treats children suffering with endocrine, gastroenterology, neurologic, orthopedic, and pulmonology issues. Every part of the hospital functions to help its small patients recover as comfortably and quickly as possible. Texas Children's Hospital is recognized as one of the most beautiful children's hospitals. The interior and equipment of the hospital are organized so that the child and parents are as comfortable and relaxed as possible.

The Center’s team is made up of more than 1,000 doctors certified in 80 medical specialties. Center doctors diagnose and treat most somatic diseases; provide psychological services; offer behavioral pediatrics; and practice child and adolescent psychiatry. Many UT Physicians have been recognized as America's Best Physicians.

The Women's Hospital of Texas has more births per year than many other clinics in America. It made absolute sense for the hospital to have a pediatric center as well. The Center offers emergency pediatric, specialty, and surgical services, and boasts the most modern and high-precision equipment to best support each child’s needs.

The Clinic’s mission is to provide quality medical care in a family environment. This special form of approach offers families the most comfortable conditions while receiving treatment. Appointments can be made for sickness and routine examinations, routine immunizations, examinations, and analysis.